The official forum of the cFos Software company

This is a very old and common problem. On my previous PC with an Intel Xeon 2.8 MHz CPU, the speed from the provider was 1 Gb / 1Gb. After installing cFosSpeed, the speed dropped by 2 times! I contacted the support service and am still waiting for an answer ... 7 months have passed ))

Please run the Task Manager during the speed test and observe the CPU load.
If you look here in the forum, there are already posts where certain AMD CPU's CPU utilization under full network load increases to 100% and thus the CPU is "overloaded". 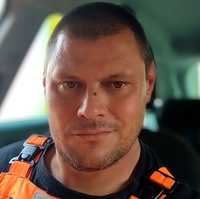 Previously, with another operator, I had 500 Mb download and 50 Mb upload. In any test the maximum of those 500/50 came out. All Ok. Therefore, with Cfos, which had already been installed and licensed for almost three years, I never had any problems; but I also never had to measure an upload speed greater than 50 Mb, which was the maximum I had. Now they are 600/600 symmetrical with optical fiber.

With Cfosspeed installed, the download speed is 600 Mb and the upload speed stops at 150 Mb, exceeds it until it reaches about 200 Mb and immediately drops and remains constant at those 150 Mb.

If I uninstall Cfosspeed, the download speed is 600 Mb and the upload speed is 600 Mb. What happen?
I understand that it is clear that the problem lies in the program. I have followed the steps indicated; I have calibrated the line, done the cfos speed test, etc. I have also downloaded large files from the internet and also uploaded them; other smaller ones, emails, etc. After two days using the PC nothing has improved and it is exactly the same.

Does the program not work for these speeds or is there something misconfigured?